From non-existent to connected


As demand for Over the Top (OTT) services accelerated in recent years, so has the need for fast, reliable internet. And no one knows this better than former Sky TV chief executive and pay TV industry veteran John Fellet.


Fellet moved to New Zealand from the United States in 1990 to spearhead Sky, and was with the company up until two years ago when he retired. Despite living just a 15-minute drive from his then-office, Fellet chose to move to Whitford, a farming district southeast of Auckland.


“The family and I like the rural setting here and the move was in part because of me. The extra 15-minute commute to and from the office gave me time to decompress, organise my thoughts, think about family stuff and relax,” Fellet said.


The rural life may have given Fellet the reprieve he needed but when he first moved to Whitford, there was barely a mobile phone service to connect him beyond his community, much less the satellite internet he now receives courtesy of Woi.


“The internet was non-existent. I was on a wireless network, which was alright for sending emails but that was it,” he said.


Fellet also saw the evolution of satellite technology through his line of work, where streamed content at its infancy was transmitted through ultra-high frequency (UHF) signals. That was also when he realised the unique challenges of the NZ geographical landscape, which makes installing cable and fibre an arduous task for service providers, especially in remote areas that are caught in deep valleys between rivers and mountain ranges, when it becomes nearly impossible.


This is where satellite broadband service providers like Woi adds value.

“Offering services to rural areas will always be more expensive. When I was at Sky, we could only manage eight installations a day with a team and many of the places where our customers were at – some as remote as Queen Charlotte Sound and Chatham Islands – took us at least 30 minutes to get to. However, satellite internet with 100% coverage revolutionised entertainment in New Zealand,” he said.


“When living on a dairy farm, all of a sudden you got the same entertainment options as anyone living in Remuera.”


The experienced and agile team at Woi, headed by Richard Broadbridge, not only manages, at times, five installations a day across NZ and sets up and deploys antennas within a matter of few hours, but also provides great after-sales service to customers through a dedicated local call centre – all without the government subsidies that an urban internet company receives to set up and operate its fibre networks.


Satellite links cover any location on earth. A single satellite in geostationary orbit, like the Kacific1 satellite that Woi uses, can cover distances as large as whole continents. This wide coverage makes internet access quick and easy even with geographical obstacles.


“So, if you don’t have terrestrial connectivity especially when you’re living in the outskirts, satellite internet is still your most cost-effective means to high-speed connectivity,” Fellet says. 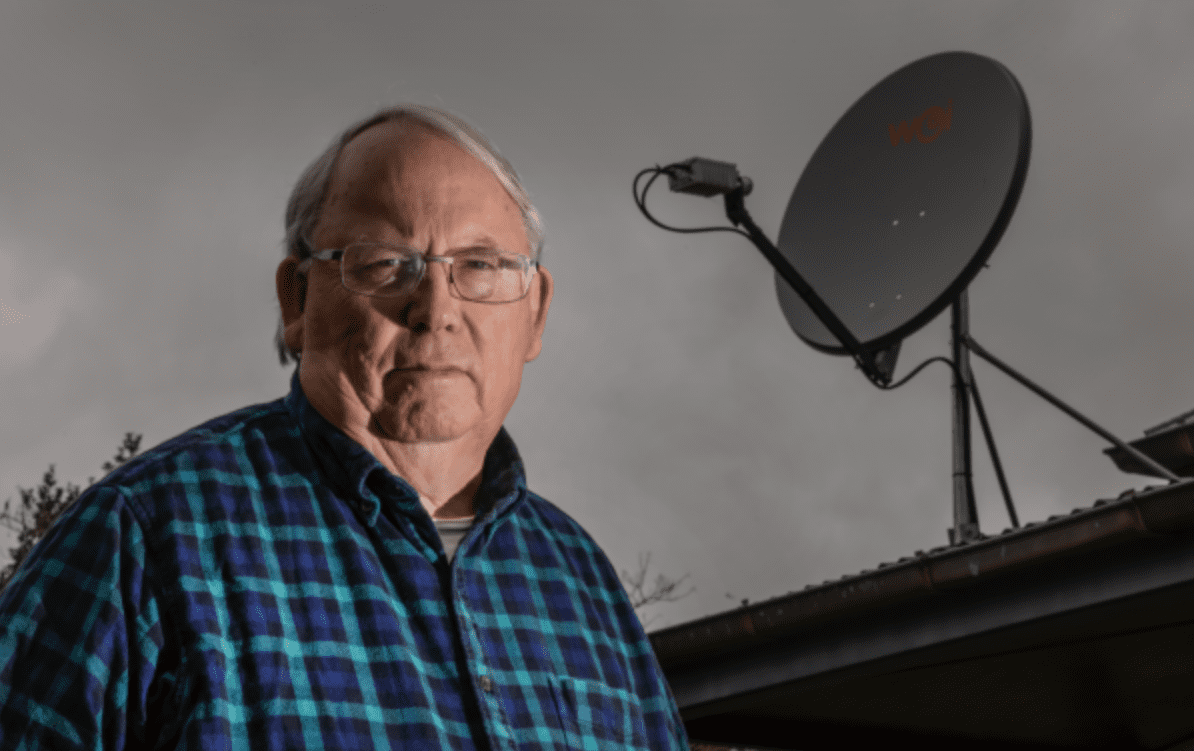 Today, Fellet toggles between OTT services and video calls for his consulting business with ease, thanks to the significantly higher speed satellite internet gives.


Woi’s satellite internet, powered by Kacific, goes up to 50Mbps and offers high-speed, high-bandwidth broadband that is about 10-30 times faster compared to dial-up connections.


“Our need to Zoom for work and for keeping in touch with our grandchildren and family in the US intensified during the covid-19 lockdown periods,” he said.


“With our previous wireless internet provider, it was virtually impossible to sustain a call long enough with video on, so I’ve had to just settle with audio most times. Woi is geared to deliver 100% satellite internet, so that’s a fantastic advantage Woi has over anybody else.”


Compared to terrestrial network services, it is less likely for one to run into network outages with satellite internet as the latter can work independently of terrestrial infrastructure and maintain connectivity as long as the equipment is powered.


“Now, a dairy farmer living in outlying areas can have similar upload and download speeds of dependable internet as any urbanite in downtown Auckland,” he said.


Get in touch with Woi to find out how you can get your rural farm or home connected to fast, reliable and cost-effective satellite broadband.